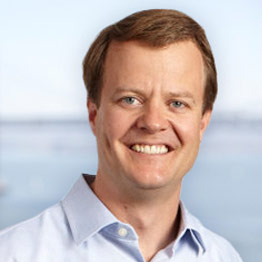 As managing director of MacFarlane Partners and president of its development affiliate – MacFarlane Development Company – Dirk Hallemeier oversees the development process of all properties built directly by the firm. His responsibilities include negotiating and closing site acquisitions; securing requisite property entitlements and government approvals; obtaining financing; and selecting and overseeing project design, engineering, construction and marketing/sales teams. He also serves on the firm's investment and senior management committees.

A licensed professional engineer in California, Dirk has 25 years of real estate, construction and civil engineering experience, during which he has been involved in the development, redevelopment and management of urban properties from the perspective of an investor, developer, general contractor and engineer.

While with MacFarlane Partners, Dirk has negotiated and closed investments in more than $2.5 billion in development projects, and then played a key role in the development of each of those projects, either working directly as the development manager or overseeing the process managed by the firm’s development partners. He has built rental apartments, for-sale multifamily condominiums, commercial/residential mixed-use projects, and office buildings in the San Francisco Bay Area, Los Angeles and Seattle, typically as transit-oriented developments in urban-infill locations.

Prior to joining MacFarlane Partners, Dirk served as a structural engineer for Degenkolb Engineers, a structural design and engineering firm, where he focused on seismic retrofits for clients such as the State of California, Kaiser Permanente and the University of California, Berkeley. He also worked as a project manager for Ernst & Young, managing construction projects for third-party clients.

Dirk began his career as a project engineer for Perini Building Company, a Boston-based contractor. Major projects with which he was involved included a research center for the Dana-Farber Cancer Institute and a physics research facility for the Massachusetts Institute of Technology.